Here we go, the real adventure begins, our little family of four on its own on this mountain that we do not know yet!  Week 1 of Moving West:

We had two days of nice temps where we went a picked out our Christmas Tree, and began more work on the house. 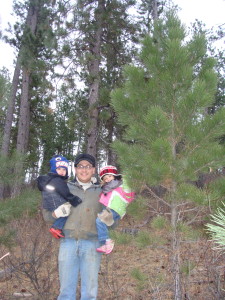 The kids had a blast “picking out” their first live Christmas tree.  Nora got the final say and this was it! 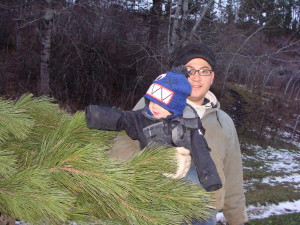 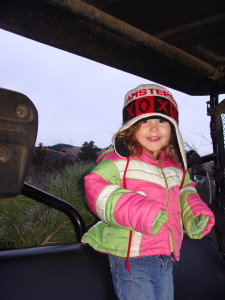 Then it hit. The Cold Snap – Yes, two days after we moved in the cold snap made its way here!  10 days of below 0 temps, thank goodness there is not much for wind up here.  So here we are 2 days into this new life, its snowing like crazy, this storm dropped over 2.5 foot of snow (and its snowed at least 4-6 inches a week since, good thing the temps have been back to normal so there is some melt each week), negative temperatures, and here we are, snowed in without a chance to get set up. 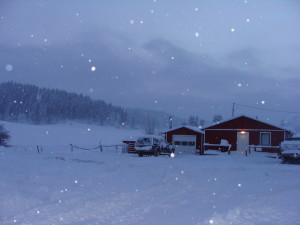 No woodstove to heat this older home, the furnace hasn’t kicked off for 3 days and the temps are ranging from 56-65 degrees (yes that is inside).  Not bad if it was just The Rancher and myself, but two little kids, not cool!  No cooking stove (you read that right) so not even able to use that for heat, I became an expert crockpot and electric skillet wife, as well as dressing in layers and electric heaters (look out electric bill this month!).  As soon as we could get out (4 days after the storm started), we headed to Sheridan, WY for supplies.

Priority #1: Gear to hook up the woodstove.  Priority #2: Gear for the cook stove.  Priority #3: What would seem like an overload of groceries (but turns out you can freeze a ton of stuff, like milk and cheese and they are just as good as if fresh!).

So onto the funny part of this adventure (oh yes, this whole thing is now funny, that week…not so much).  We get home to set up the woodstove.  The Rancher and I have no experience with this so here we go, youtube videos, they explain everything right?!  I keep track of the kiddos and William begins working on getting the chimney pipe, everything works, it fits, and we should have fire!  So we get one started, its going!  YES!  And then…it only took a minute, and the fire is out and the house is filling with smoke!  We can only get one window open in the house (the rest are froze shut and we don’t want to break them!) so the front door and side window are open, the one fan we have is rolling and we are trying to clear out the house.  William begins to search for the issue.  Turns out, there were shirts shoved up the top of the chimney pipe to stop the outside air from getting into the house while there was no woodstove hooked up.  Now to take apart the pipe we just put together, and start again!  YES! 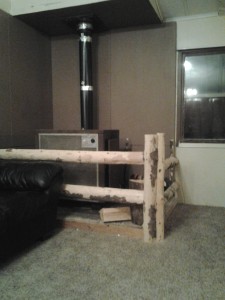 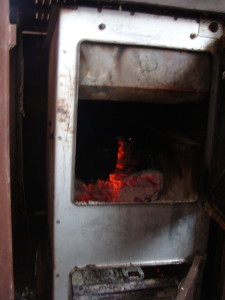 Love the smell of a wood stove, it truly makes a house cozy!  However, I love the way Coal burns ALL NIGHT.  Its so nice that our stove can burn both!

We are now officially Mountain People! 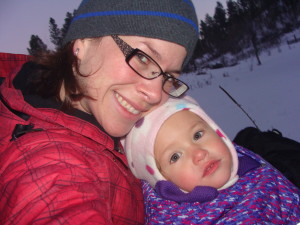 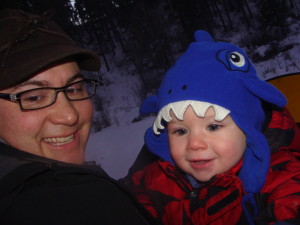 Give me some feedback on your fix it yourself fun!  I know there must be other people with good stories! 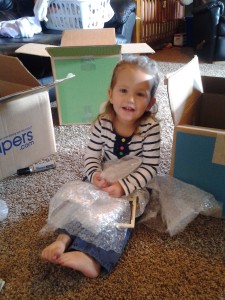 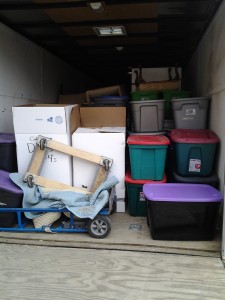 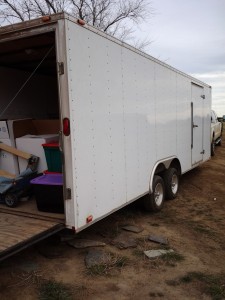 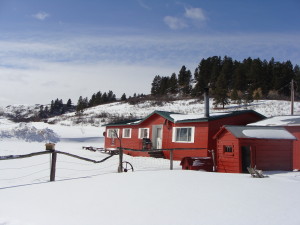 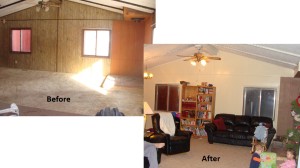 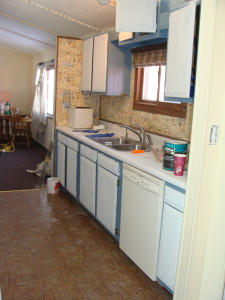 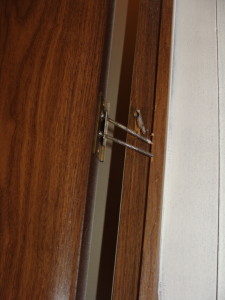 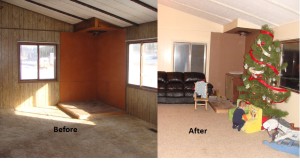